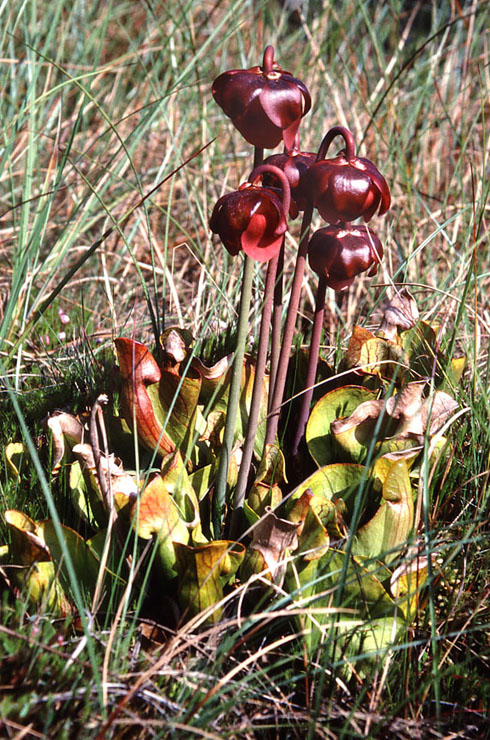 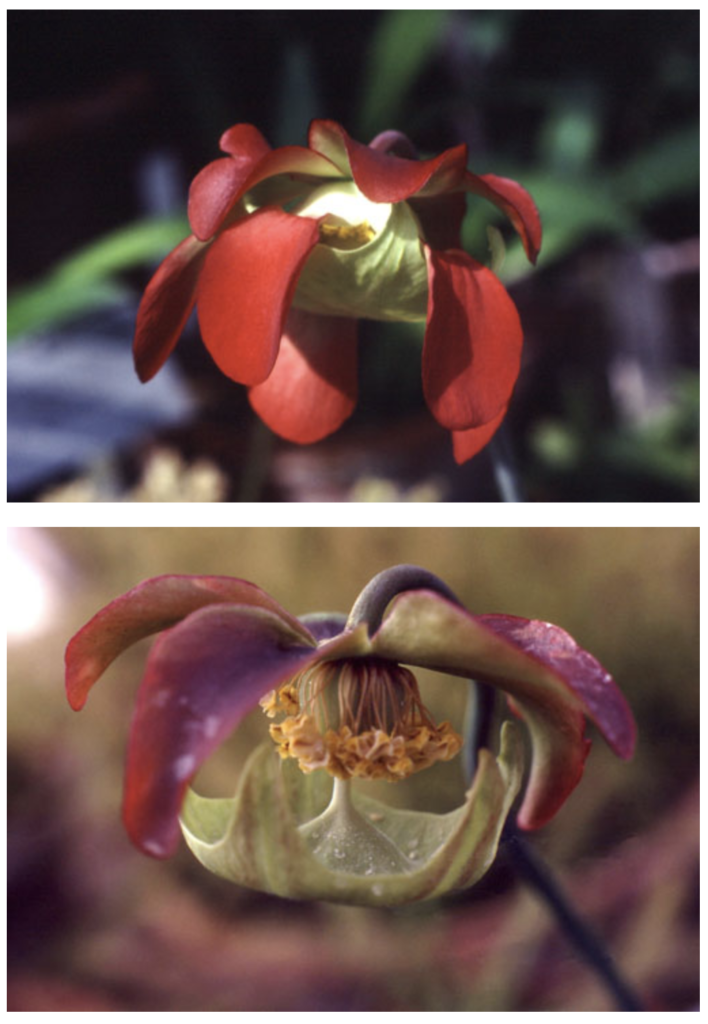 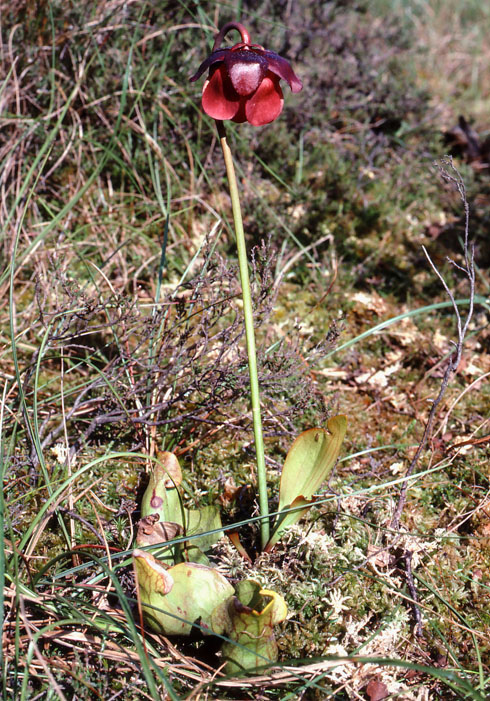 Competition between flowers and traps for the same insects as pollinators and prey is disappropriate. In Sarracenia purpurea this competition is diminished by both a spatial and a temporal separation of the development of flowers and traps. The two photos at left show both that the flowers are lifted highly over the pitchers and new pitchers do not appear before the flowering is nearly ceased, cf. the immature, unopened pitcher on the lowermost picture where the other pitchers are old ineffective traps from last season close to wilting.

The two photos above show the 5-merous nodding flower, where the style is shaped as an open umbrella turned upside down. The stigmas are placed at the end of the five ‘umbrella stands’ and protected by the robust and persistent sepals. A bumblebee that wants to collect pollen in the flower must crawl over the umbrella stands, since the pendent petals block passage over the ‘umbrella cloth’ between the stands. If the bumblebee brings pollen grains on its belly from another flower, the pollen can be deposited on the stigma during the passage into the flower.  When the pollen sacs open, the pollen grains fall out and are collected by the umbrella cloth. The visiting bumblebee gets pollen in the hairs on the belly while it is collecting other pollens in its pollen baskets. When the bee leaves the flower, this happens below the petals, which are easily pushed outwards. Since entrance and exit to and from the flower are different, self-pollination is not possible.

The spatial separation of flowers and traps are not equally pronounced in all species. Flower stalks more than 70 cm are uncommon, while species such as Sarracenia minor and S. leucophylla may develop pitchers up to a meter high. The flower construction and pollination are similar in all species, but the flower size varies from 2-7 cm. The number of stamens 20-60. The petals detach at latest 10 days after the flowers opens. The 5-room capsule may contain 20-300 seeds.