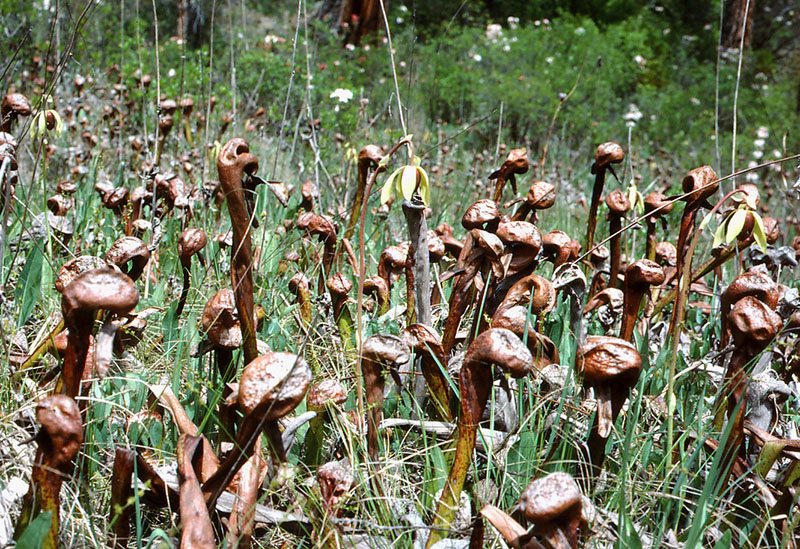 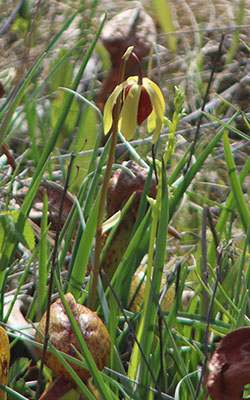 Flowers in Darlingtonia californica open early in the growing season before the pitchers are developed. The temporal shift between flowering and production of traps reduces the competition between flowers and traps among the same insects as pollinators and prey. The brown wilted pitchers are from last year and do no longer attract prey. Darlingtonia is here growing in an inland fen in in Oregon surrounded by Rhododendron oxidentalis with pale pink flowers.