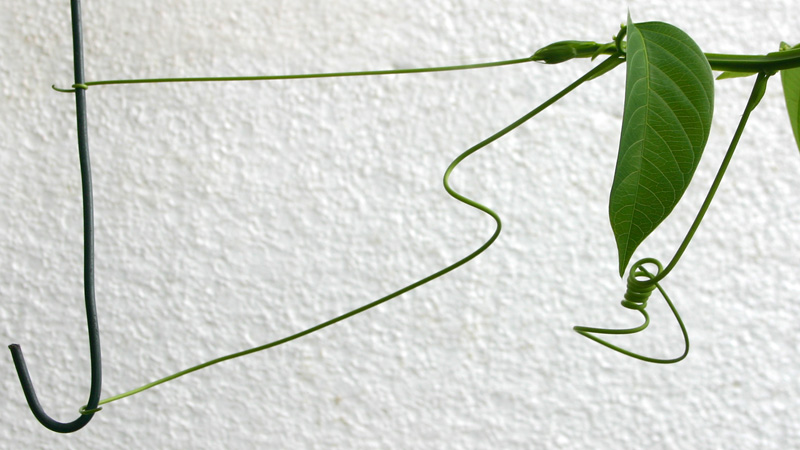 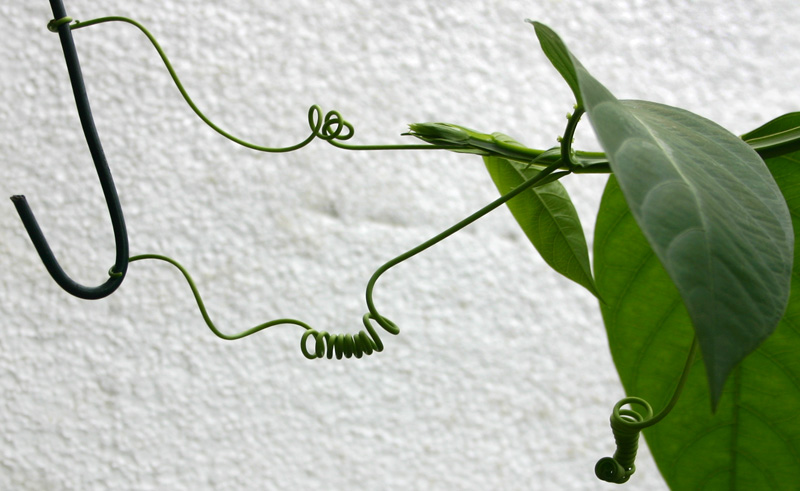 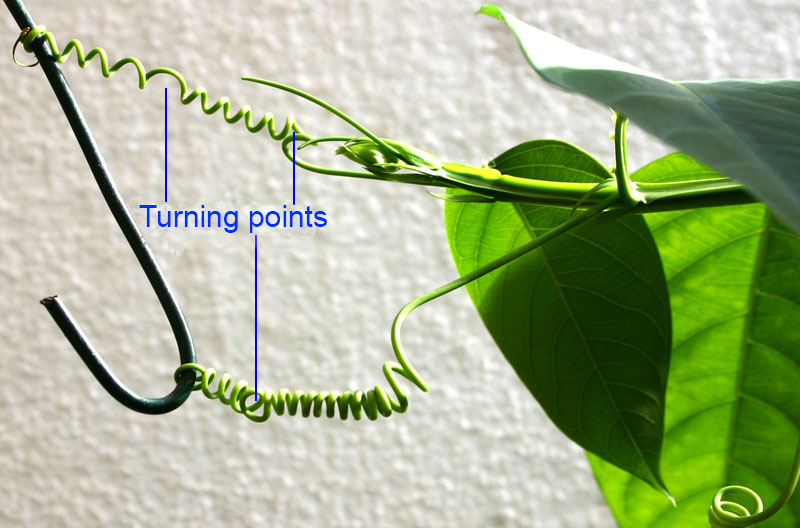 The tip of the unbranched tendril in Passiflora is touch sensitive. By contact to an object it grows around the object with one or more windings. Then the tendril becomes spiralized; but since the object does not normally follow  the tendril windings, the tendril will at a certain time be forced to change twist direction and then a so-called turning point appears (lowermost photo). With time the cell walls of the tendril become lignified and the elasticity of the tendril is lost. The duration of the whole process depends on temperature and the growth conditions of the plant but it takes as minimum a couple of days before a turning point is produced. If the tendril does not get a hold on an object, it will none the less spiralize but without producing turning points.