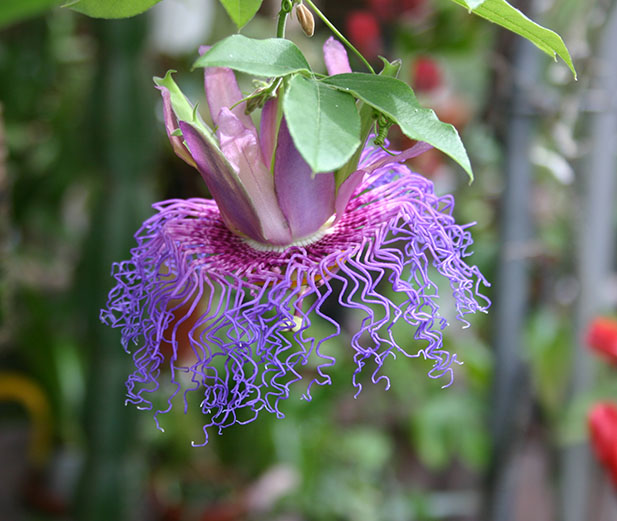 The religious symbolism that has been associated for centuries with passion flowers is to be seen in conjunction with Jesus’ story of suffering. Already the genus name points in that direction since ‘passio’ in Latin means suffering. One interprets the corona as a symbol of the thorn crown, which Jesus carried during the crucifixion. The three styles with the large heads are perceived as a symbol of three nails used to secure him to the cross, while the stamens can be interpreted as hammers used to drive in the nails.