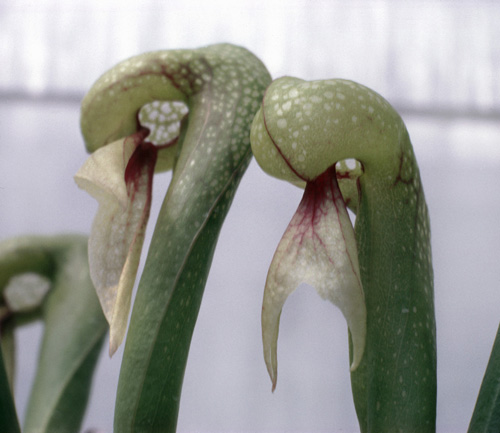 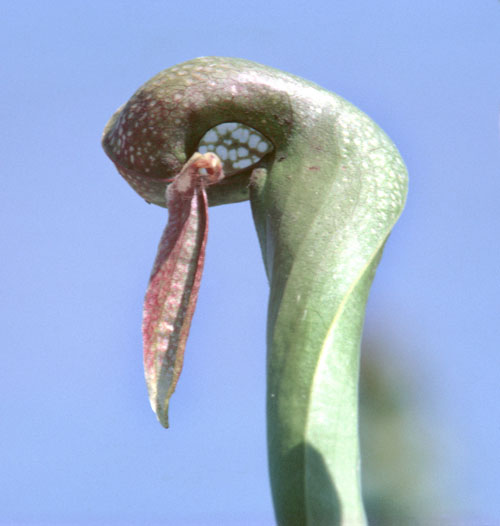 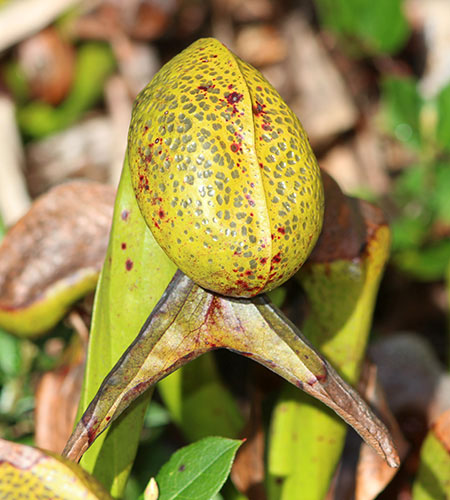 Darlingtonia primarily allures the prey by scent from the nectaries placed over large parts of the pitcher both outside and inside but with the majority located on the recurved pitcher edge and on the lid formed as a fish tail. The whitish spots on the dome-shaped upper part of the pitcher and the red meat-color on the fish tail and the network of the vascular bundles are attractive to certain fly species. If the plant gets full sunshine the red color often becomes more dominant than shown on the pictures. The two photos on the left are from plants in a greenhouse.

The pictures also illustrate the twisting of the pitcher.