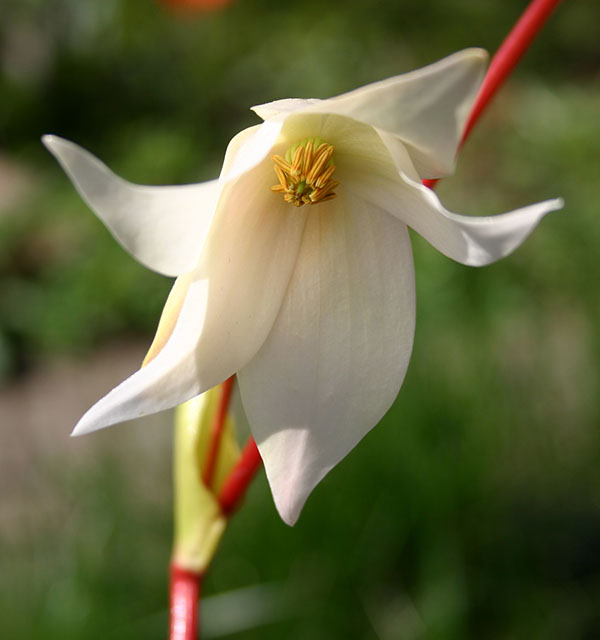 Normally Heliamphora flowers have four tepals, but on the picture of H. nutans there is a couple extra. The colour is white or pink but becomes darker with age and in some species it ends in red. The bract may be green or of the same colour as the tepals. There is 8-24 stamens in one or two wreaths. The flowers are protogyne (first female), which prevents self-pollination, since the anthers do not ripen and open until the stigma is no longer receptive. The anthers open by pores at the apex but only release pollen after stimulation by low frequent oscillations from the wing stroke of certain wasps and beetles when they whirl in front of the flower. The pollen grains can also be released by a tuning fork.  The fruit is a three-loculed capsule, which in some species becomes upright  at maturity from the nodding position of the flower. The capsule may contain up to 100 seeds, which are dispersed by wind. – H. neblinae has the largest flowers up to eight cm in diameter, and the number of tepals varies between 4-6.

Return to Heliamphora or to Carnivorous plants.