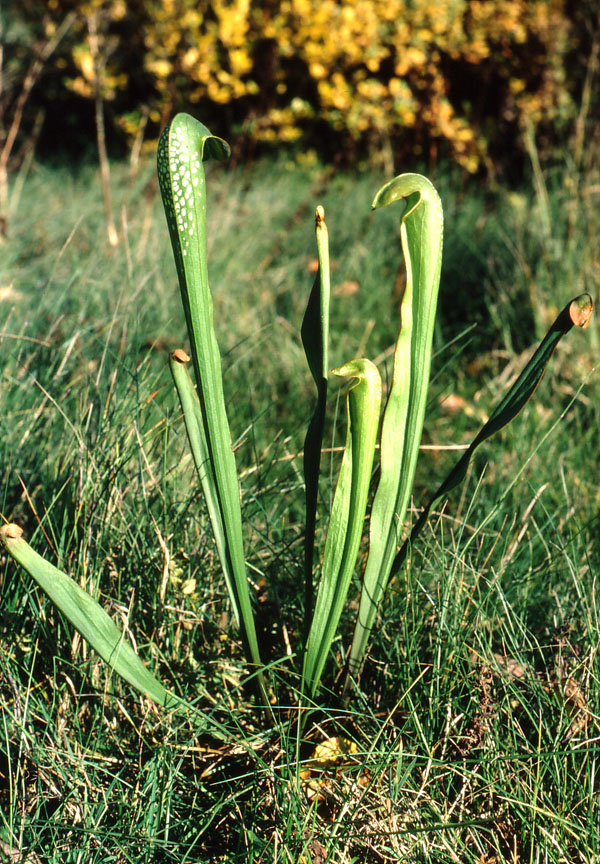 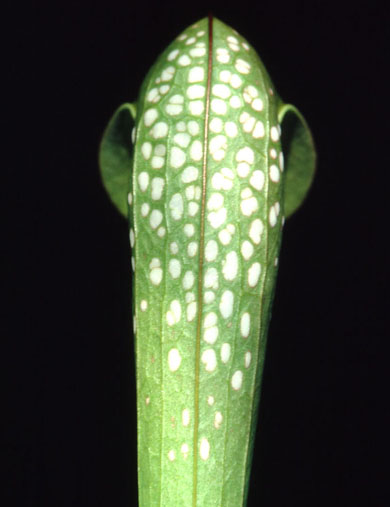 Sarracenia minor – the Latin name means ’smaller’, which seems misleading since one of the two varieties produces pitchers larger than one meter and thereby is the larger of the genus. The species occurs from the southern North Carolina to northern Florida. It produces only pitchers and no flat leaves. The pitchers are usually reddish above but purely green forms also occur as shown on the pictures. The pitchers have a helmet-shaped lid, which effectively protects the pitcher fluid against being diluted by rainwater. The upper part of the pitcher’s back wall is fenestrated, i.e. some areas are without chloroplasts and chlorophyll. These areas appear as white dots from the outside but from the inside, they look as translucent windows. When insects fly from the pitcher edge they hit the fenestrations and fall down to drown in the pitcher fluid. This construction with a helmet and fenestrations reminds strongly of the pitchers and catch method in Darlingtonia californica. The nectaries are most numerous along the pitcher edge. The flowers in S. minor are yellow developing on about 75 cm long stalks, which appear before the traps in the new growing season.