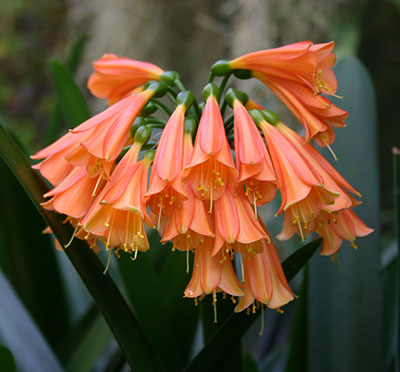 Fig.1. The inflorescence of Clivia nobilis is an umbel with hanging flowers. 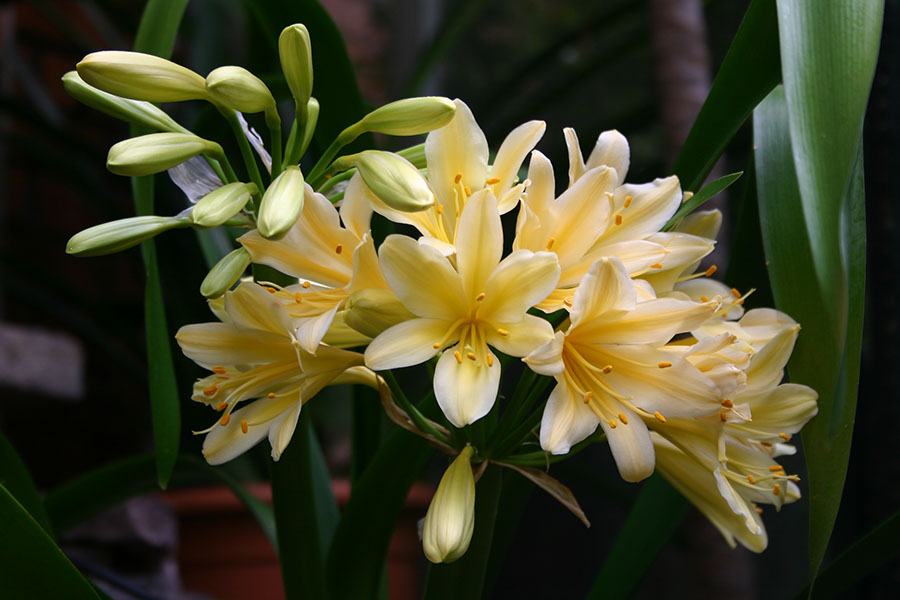 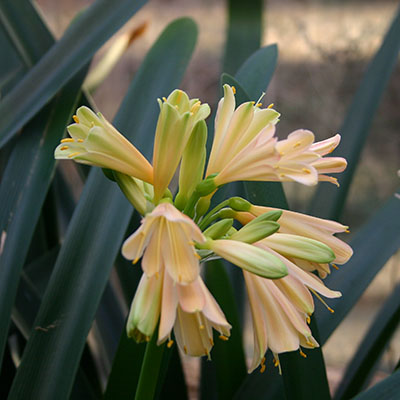 Fig. 6. Clivia nobilis flowering in wintertime. The flowers only become pinkish in the short days with low light levels. 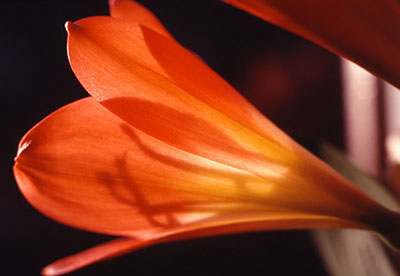 Fig. 7. Clivia miniata showing two of the six stamens and the stigma as shadow casts on a perianth leaf.

Fig. 9. Young scale insects introduced with potted plants sucks on the leaf of a Camellia.

Fig. 11. Mature and dead females of scale insects now make up an egg container sitting on a leaf of Clivia miniata. Mouse-over the picture to see the eggs inside the shield.

Clivia is a small genus in the family Amaryllidaceae. There are five or six species growing in southern Africa. Four species, Clivia caulescens, C. gardenii, C. nobilis (Fig. 1), C. miniata (Fig. 2) and a few hybrids can be grown as houseplants in temperate regions. In Danish homes, the most common species is C. miniata. Although it was almost forgotten for some decades, it now calls for increasing interest, which it deserves for both its beauty and its willingness to flower (Fig. 4). Clivia miniata also occurs in a yellow form Clivia miniata f. citrina (Fig. 3A). Clivia’s are plants of the forest floor but in 2002, a new species C. mirabilis was described from an area with summer drought and full sunshine. Another species C. robusta which may be considered a subspecies of C. gardenii is a marsh plant which also occurs in streaming water and then the roots are used as stilts.

The leaves are in two rows (distichous) and the closely spaced leaf bases form in principle an aboveground bulb. Since the leaf bases are not swollen as in a normal bulb, it may be more appropriate to describe the system as a short vertical rhizom. The leaves of C. miniata 8-10 cm broad and just over 0.5 m long, while the leaves of the other species are 3-4 cm broader and 20-30 cm longer. The roots (Fig. 3) are succulent and more than 0.5 cm thick and very brittle (fragile). Hence, it is recommendable to take great care during re-potting. The flower has three segments in each whorl of sepals, petals, stamens, and carpels. The colours are red to yellow and characteristic of bird-pollinated flowers. In nature, most Clivia species are pollinated by sun-birds but C. miniata having upright flowers is mainly pollinated by insects. Bees collect the pollen while the nectar attracts hover-flies.

Growing instruction
Clivia is easy to grow. Ordinary commercial soil for houseplants or soil from the garden mixed with some peat soil (sphagnum) is an excellent medium. The roots should be covered only by two cm of soil. During the growth period watering is only necessary twice a week and fertilization twice a month. To obtain flowers it is important to allow a Clivia at least 3-4 weeks and preferable 5-6 weeks of rest around the turn of the year. This means no watering and no fertilization and the plant should be placed in light and cool environments such as an unheated room or a winter garden with a daily mean temperature between 12 and 18 °C. The lighter and the cooler the plant is kept in the resting period the earlier it comes to bloom. The time for flowering can to a certain extent be controlled by the time the plant is allowed to rest. This may be particularly interesting if you have more than one plant at your disposal. Then it is possible to extend the length of the total flowering period. In the summertime, care must be taken to avoid the broad-leaved C. miniata to be sunburned in direct sun at mid-day.

When the inflorescence appears, it is important not to begin watering the plant before the shaft is almost fully elongated. If watering is started too early the elongation growth will stop and the flowers of C. miniata are not lifted above the leaves. C. nobilis has a naturally shorter inflorescence and the flowers are situated between the tips of the leaves (Fig. 6). C. nobilis may flower both summer and winter but at higher latitudes, like in Denmark, it must be given as much light as possible during winter if the flowers shall obtain full colour and not turn pale. Compare Figs. 1 and 6 showing flowers from the same plant.

The flowers can self-pollinate and it is a very good idea to pollinate C. miniata flowers artificially. By doing so, the plant will produce at first green but later bright red two-three cm large berries. Pollination is done by brushing the pollen sacs against the pistil (visible in Figs. 7 and12) of all flowers in the inflorescence. The decorative berries will not fall of the plant until after the next flowering (Fig.8). The fruits may stay on the plant so long that the seeds begin to germinate while still attached to the mother plant. This phenomenon is called vivipary (giving live birth). At first the succulent primary root appears and often one or two leaves also appear (Figs. 8 and 10).

Normally, there is no problems with pests on Clivia, but if you have scale insects in your environment, they will also attack Clivia (Figs. 9 and 11). The insects prefer the lower leaf side towards the tip of the leaf and the very basal part of the leaf, where they are easily overlooked. Generally, it is useless to spray scale insects with insecticides. Squeeze them between your fingers or wipe the leaf with a wet rag. After heavy flowering symptoms of lack of nutrients may appear in the form of yellow or wilting leaf tips and edges. This can be prevented by use af a nitrogen fertilizer in the growth period.

Propagation of Clivia is done by separating the lateral shoots when they have three-four leaves. Seed propagation after self-pollination is also possible. However, such plants are often weaker than the mother plant and it may take several years before the new plant is growing well, while a detached lateral shoot can flower when three years old. Re-potting is only needed after several years. In principle, Clivia may grow an indefinite number of years if the simple rules above are followed and a Clivia may be inherited during generations within the family.

These years Clivia miniata is rediscovered as a houseplant and it is now available in many larger market gardens and nurseries although relatively expensive. Usually, in Denmark, a single stemmed plant costs around 25 Euro and for plants with four-five shoots the price is about 70 Euro. C. nobilis and C. caulescens having floral leaves with green tips are rarely for sale in Denmark. Early in the 20th century, C. miniata was very much sought after and for a period it was nearly exterminated. Hence, protection was necessary. – An international club for Clivia lowers can be contacted at: http://www.clivianet.org 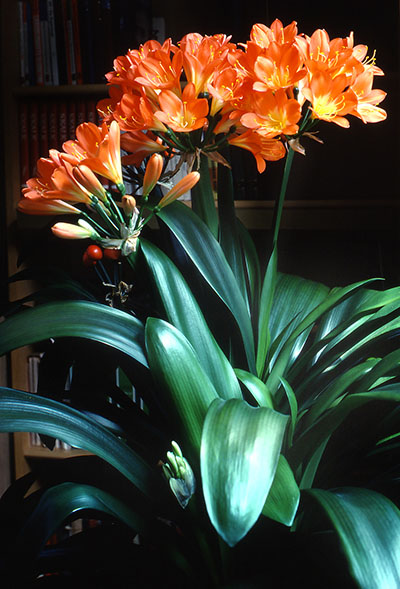 Fig. 2. The flowers are upright in the umbel of Clivia miniata.

Fig. 5. Transversal section of Clivia leaf shows two stomata in the epidermis of the lower leaf surface. Left: Median section showing the stomatal pore and the red coloured ‘beaks’ of the guard cells. The nuclei of the cells are darker red. Right: The section shows the end region of a stoma where the guard cell walls are joined together.

Fig. 8. Germination has begun while the red berries of Clivia miniata are still attached to the plant. Mouse-over the picture to see enlargement of the primary root. 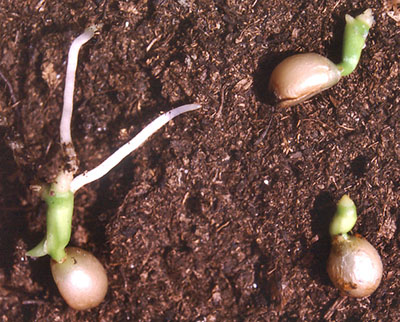 Fig.10. Seeds and seedlings of Clivia miniata. The nutrient absorbing tips of the cotyledons continue to be embedded in the endosperm.

Fig. 12. Clivia miniata. A tripartite stigma is seen to the right.