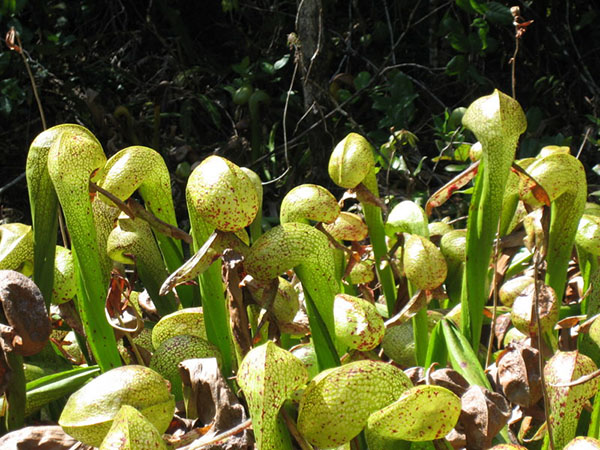 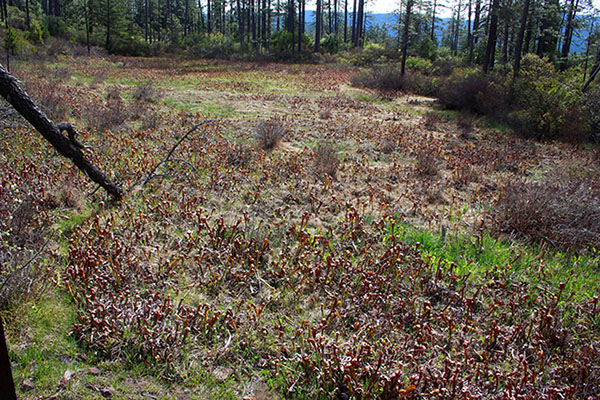 Darlingtonia californica has vegetative propagation by up to 80-100 cm long subterranean runners, and therefore it can form carpet-like populations as in the above two localities in Oregon. The pitchers on the left photo look somewhat etiolated (enlarged caused by insufficient light) as the plants in this locality only receive full light a few hours daily. In full sun the fish tail and part of the dome turn red, while this color does not appear in the shadow, and shadowed plants produce more chlorophyll to sustain a sufficient photosynthesis. – Most Darlingtonnia localities  are located in protected nature parks and in relatively inaccessible areas, so although the total distribution is small, the species is not considered threatened. The left photo is from Darlingtonia State Natural Site near the cost, while the right photo  is an inland locality near Eight Dollar Mountain, where today a nice wooden walkway leads to the area where Darlingtonia covers several hundred square meters (here last years wilted pitchers).