In the table, the links Heliamphora,  Sarracenia, Darlingtonia, Cephalotus, Drosera, Dionaea, and Utricularia go to pages in English. The remaining links go to pages in Danish but you may enjoy the pictures. 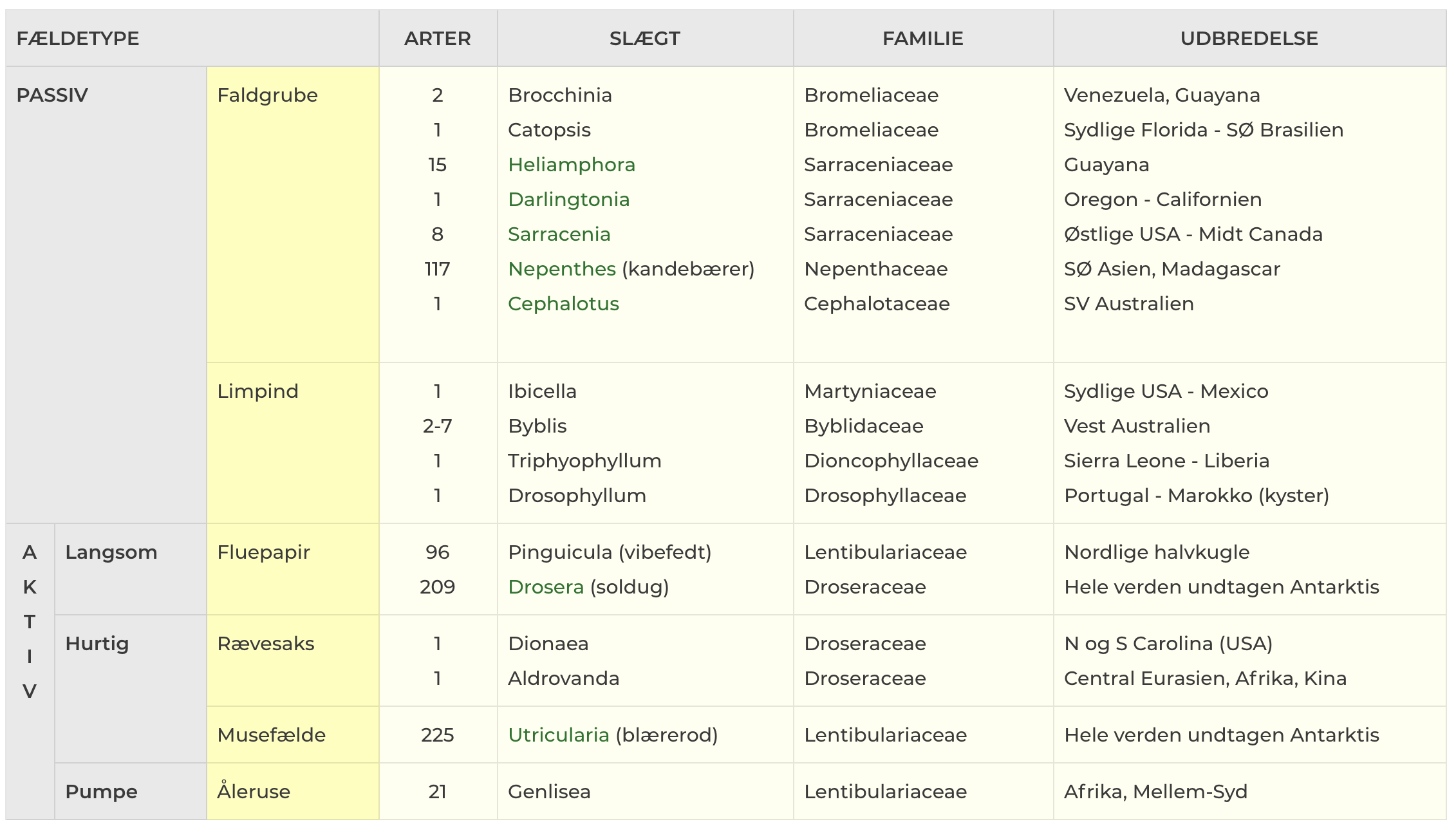 Comments to the table:

Carnivorous plants are defined as plants able to a) lure, b) catch, c) break down smaller animals by an exogenous (outside, i.e. on the surface of the trap) digestive process and d) absorb the digestive products by special glands on the surface of the trap. Several plants have the ability to carry out one or more of the items, but all four items must be fulfilled before a plant can be classified as carnivorous.

The classification used in the table above considers if the trap or part of the trap perform a movement during the capture (Passive, Active) and the method used for capturing prey. In some genera the number of species has increased considerably in recent years, primarily as a consequence of splitting up ‘old’ species. In this way the total number of carnivorous flowering plants is now about 600.

Drosophyllum was earlier included in Droseraceae. The genus Biovularia is now included in Utricularia, and some taxonomists argue that Polypompholyx should also be included in Utricularia. Lentibulariaceae is often used as synonym for Utriculariaceae, the bladderwort family. The genera Brocchinia, Catopsis, and Ibicella also include non-carnivorous species. In species rich genera, the shown figure is most likely a minimum figure since it is still possible to find new species in poorly investigated areas.