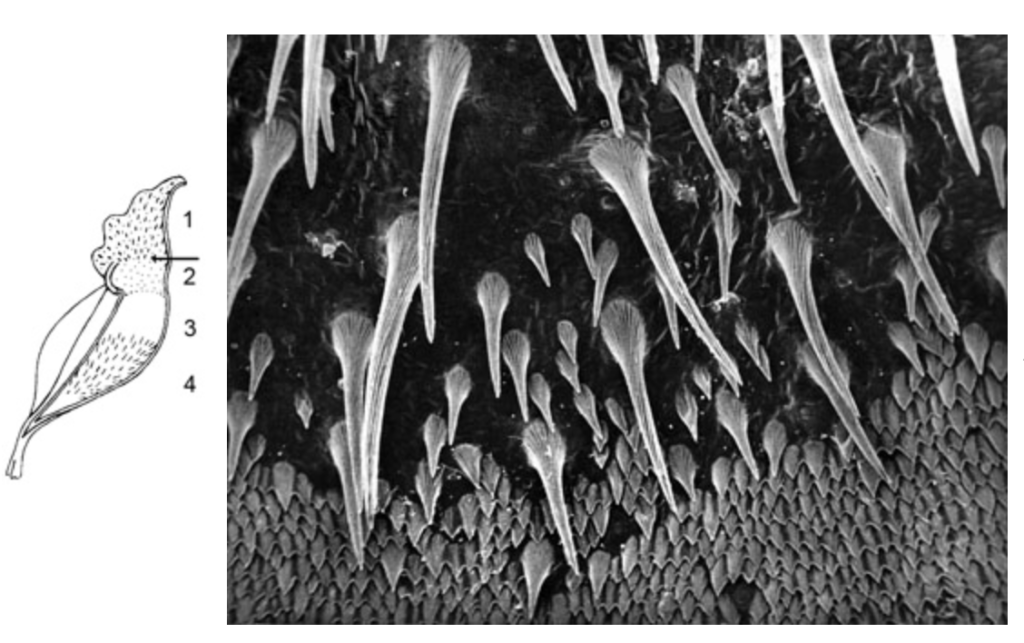 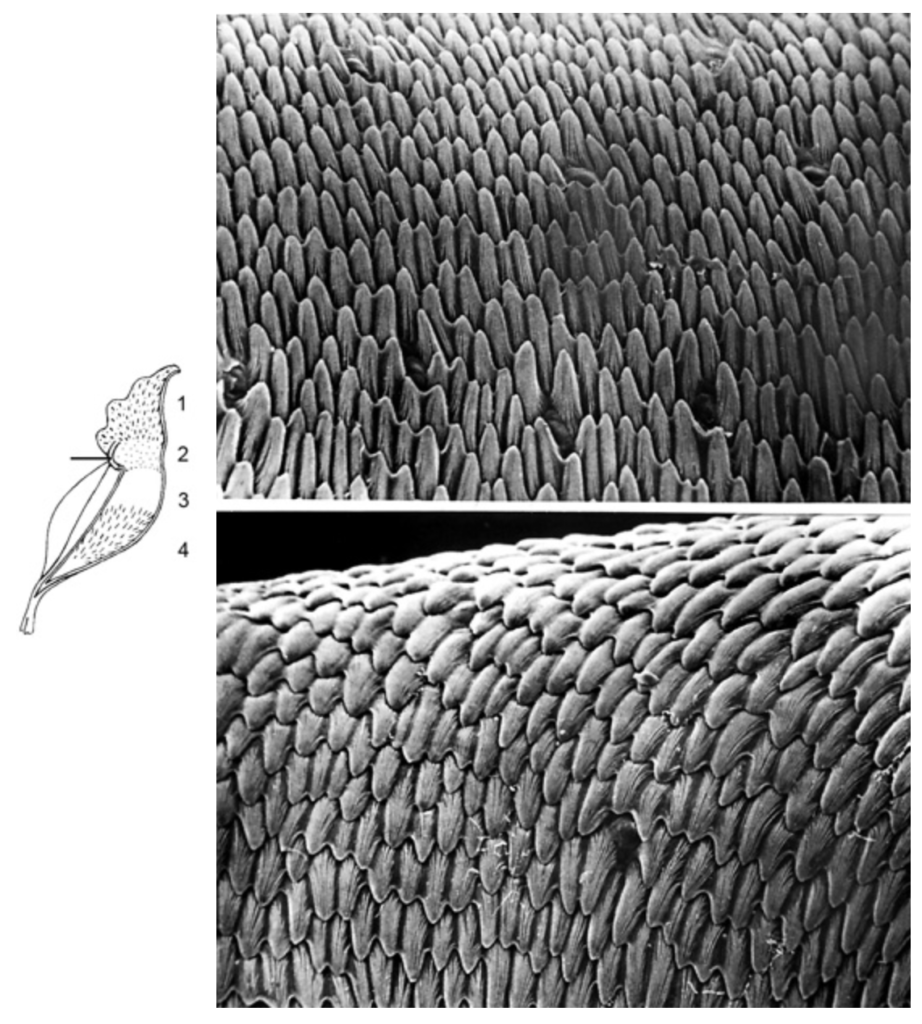 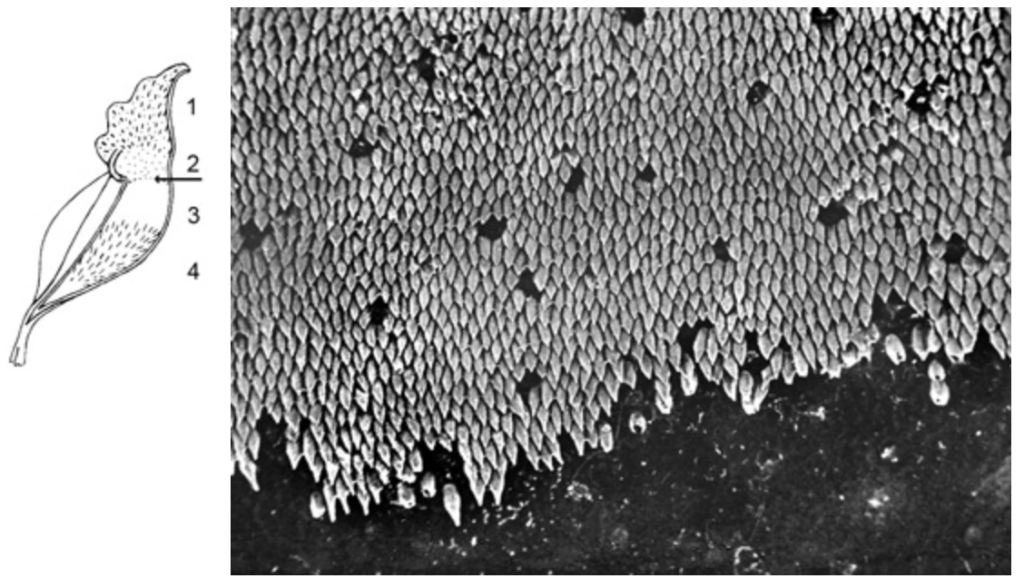 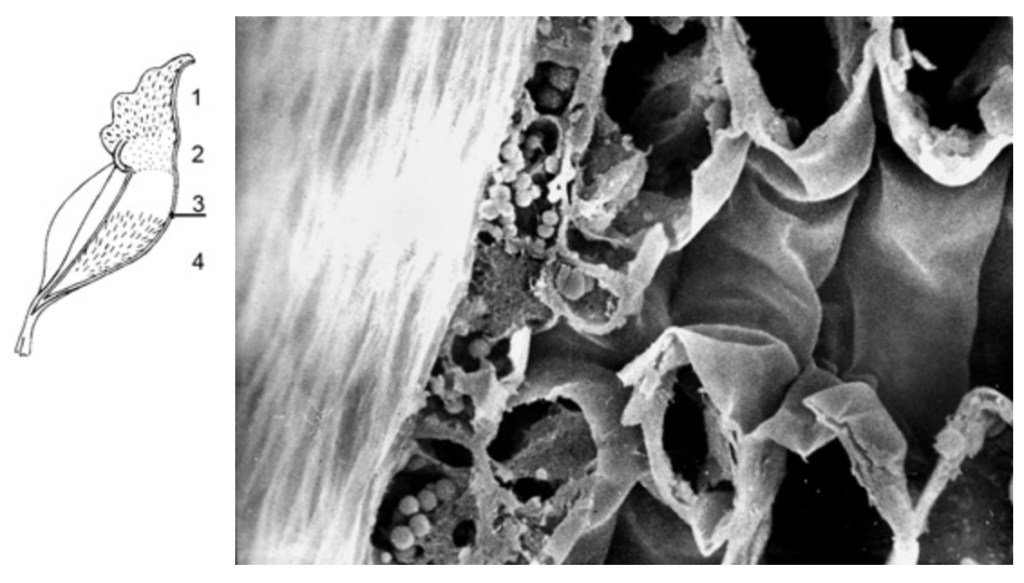 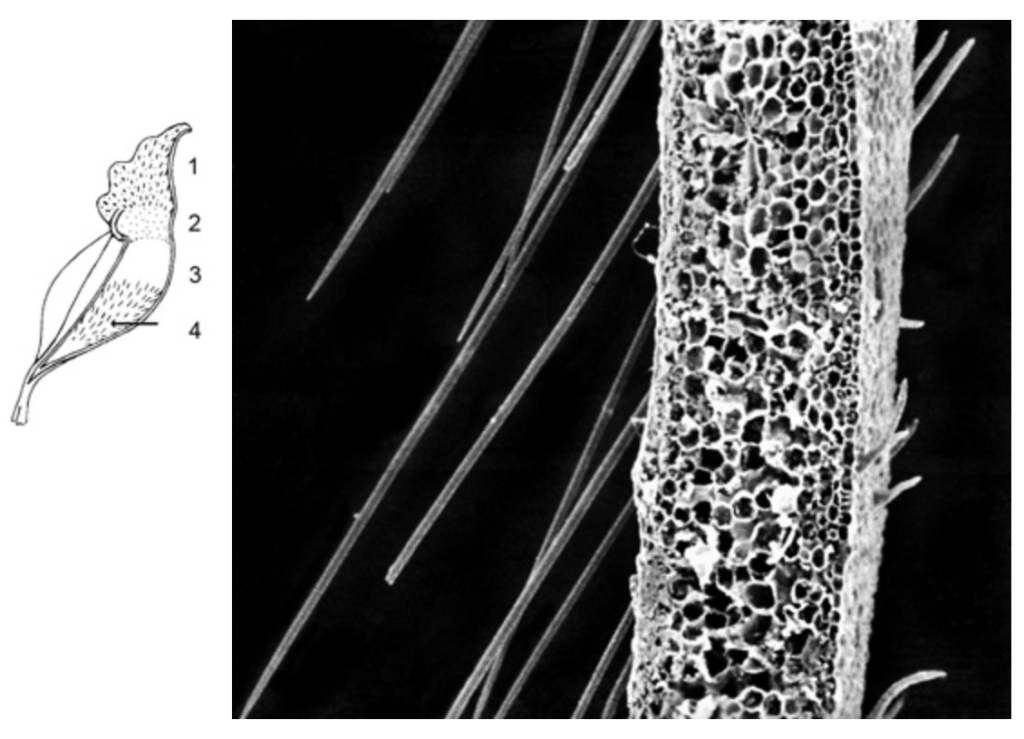 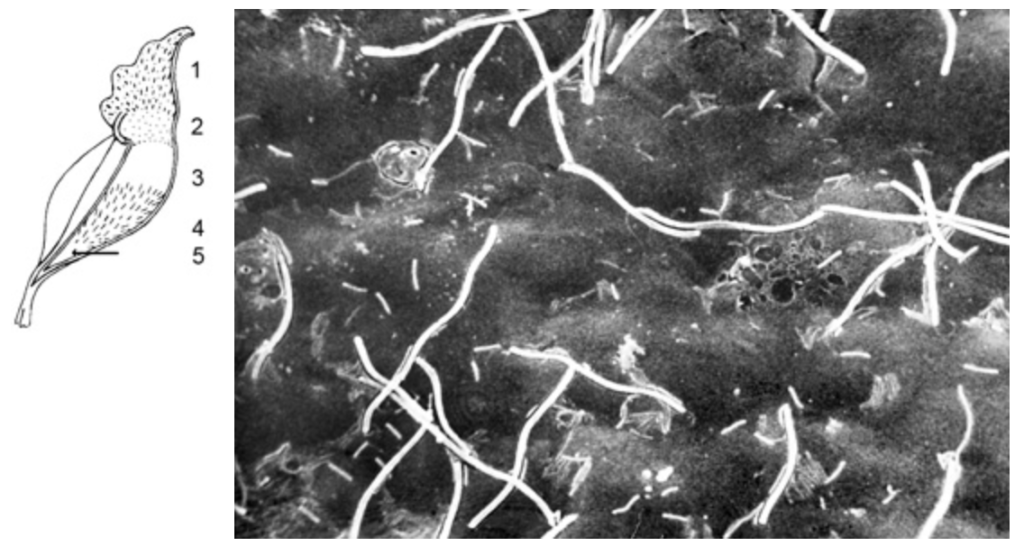 Sarracenia’s funnel-shaped leaves function as pitfall traps. When the prey is allured (see nectaries) to the pitchers and has lost foothold on the lid or pitcher edge, the prey will fall into the pitcher fluid and drown. Attempts to escape are not successful due to the different surface structure of 4-5 zones of the inner wall of the pitcher, which makes it difficult or impossible to get a foothold on the wall. The structural differences of the zones are illustrated with photos from the scanning electron microscope. In the column far left it is marked which zone the photos represent. All photos are from S. purpurea but the other species show a much similar zonation.

Left photo: Zone 1 is the lid. The 2-3 mm long stiff downward directed hairs are visible to the naked eye. They gradually become shorter downwards and are replaced in zone 2 by scale-hairs, which develop from every single epidermal cell except those involved in nectaries. 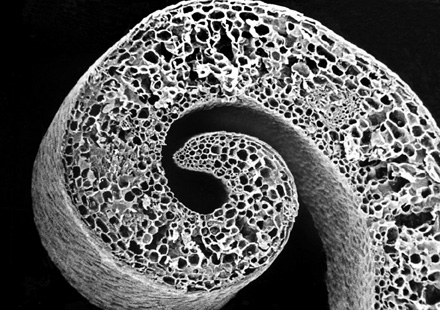 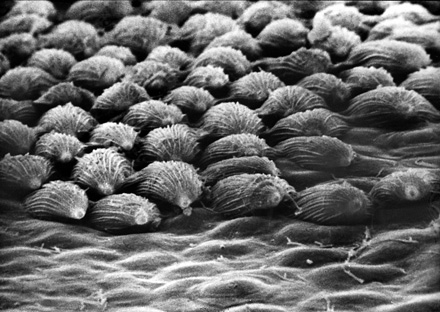 Above: Transition between the scale-hairs of zone 2 and the gliding zone 3 with waxed slippery epidermal cells.  Nectaries are almost equally distributed in both zones, but they are more clearly visible in zone 2. The boundary between the two zones is sharp. The picture above is taken so one sees the boundary and the scale-hairs from the bottom of the pitcher.

Left: Section through the pitcher wall in zone 3. The cutin and wax layer on the outer cell wall of the epidermal cells make the surface mirror-smooth and with no holding points. The number of nectaries decreases downwards towards zone 4 and their secretions becomethe more watery. The section is placed so close to zone 4 that the chloroplasts (round bullets) are visible in the epidermis cells. About their importance for animal life in the pitcher fluid, see the page on the digestive gland and the Sarracenia phytotelm.

Left: Zone 4 is a zone of blocking hairs but it is also part of the digestive zone. The blocking hairs are unicellular stiff trichomes about 2 mm long. They point downwards and function as barbs. See also the mosquito pinched between the blocking trichomes in Sarracenia psittacina. All over the outside of the pitcher short upwards pointing hairs are placed giving good foothold for crawling animals seeking towards the many nectaries at the pitcher edge.

Left: In some species the lowermost part of the bottom zone is without trichomes and this zone may be called zone 5. Just as part of zone 4 it makes out the digestive zone/gland. It is in this zone the concentration of bacteria is the largest, and some different types of bacteria are shown on the surface of the digestive gland.

Return to Sarracenia or carnivorous plants