(with chlorophyll - dependent on water and mineral nutrients from host):

(no chlorophyll - all water, organic and inorganic nutrients supplied from host):

Types of parasitism in flowering plants 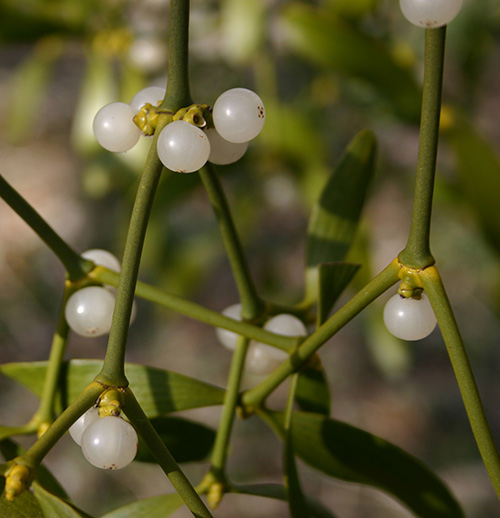 Viscum album ssp. album, is a hemi- and stem parasite 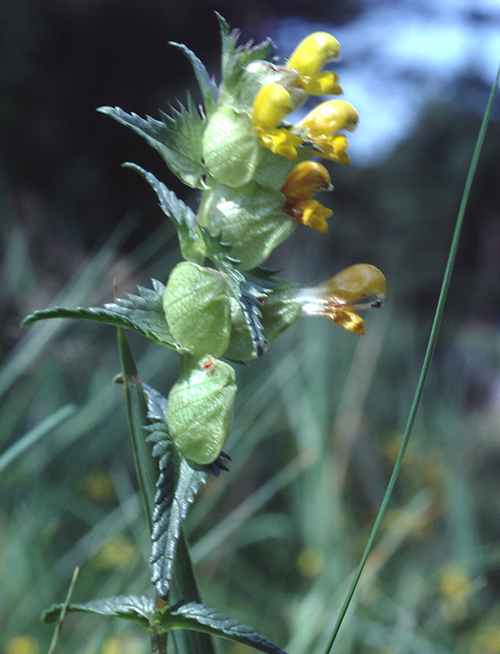 Rhinanthus minor is a hemi- and root parasite 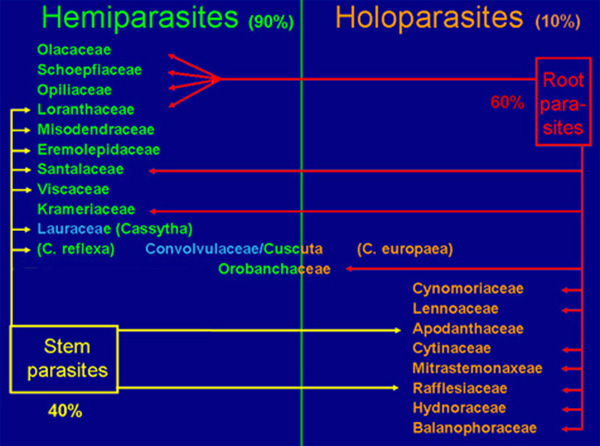 Colour code: Blue, autophyte, i.e. photosynthetic and all uptake of water and nutriets occur without help from other organisms.
Green: hemiparasites.
Red-brown: holoparasites.

Percentages are in relation to the total number of parasitic plants.

The Figures show examples from the Danish flora of the four categories.

Cuscuta europaea is a holo- and stem parasite 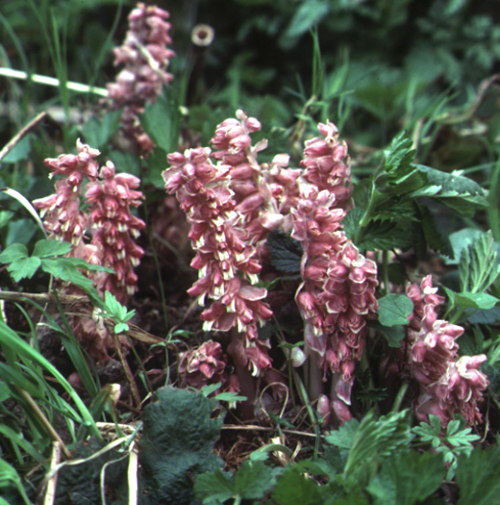 Comments to the tables:
Cuscuta (dodder) is sometimes classified in a separate family, Cuscutaceae, with only one genus, Cuscuta. If so, only Lauraceae includes both non-parasitic genera (autophytes) and parasitic ones. The hemiparasitic subfamilies Rinanthoidea and Buchneoidea (Scrophulariaceae) are now transferred to Orobanchaceae. The three small holoparasitic families Apodanthaceae, Cytinaceae, and Mitrastemonaceae were earlier included in Rafflesiaceae.

Definitions:
Parasitism occurs, when one plant exploit another and by doing so causes damage to the first one (the host).

Through a structural-physiological bridge (the haustorium) parasitic plants absorb water and nutrients from one or more host plants. However, some other plants acts similarly but here the bridge is the mycelium of a mycorrhiza forming fungus. Such plants involved in a relationship of at least three species are now called myco-heterotrophic plants. Many, if not most, of the plants known as saprophytes seem to be myco-heterotrophic.

Literature:
The numbers 10, 13, 16-19, 25, and 29 of the Publication list deal with parasites. The numbers 53-56 are in Danish but rich in nice colour illustrations.
See also: Danish and Nordic parasitic plants and
The Mistletoe Viscum album.
Viscum biology and Growing Viscum (mistletoe).
The classical scientific book on parasites is: J. Kuijt, 1969: The Biology of Parasitic Flowering Plants.
There are plenty of colour photographs in H S Heide-Jørgensen 2008: Parasitic flowering plants.
There are plenty of entries on the WEB dealing with parasitic plants, and the most comprehensive is:
http://www.science.siu.edu/parasitic-plants/