Utricularia australis, two inflorescences are entangled in each other. 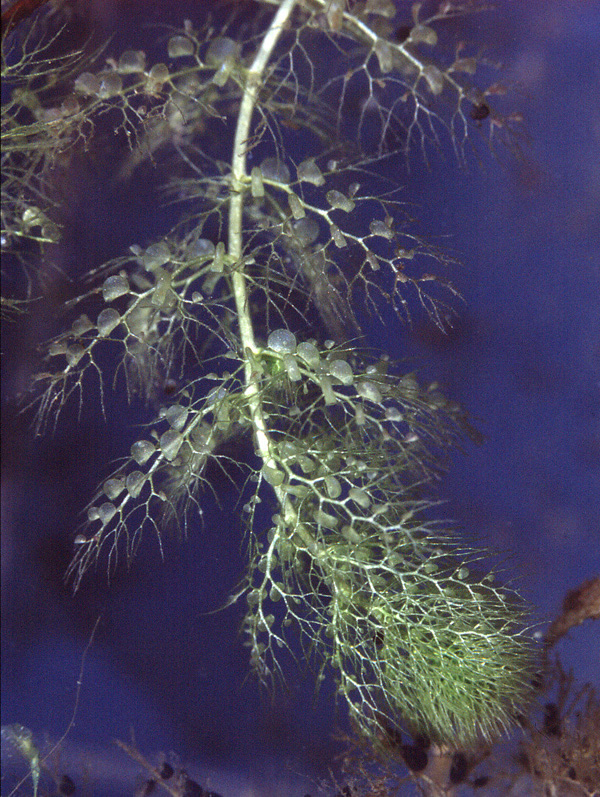 UTRICULARIA – The common name is bladderwort due to the bladder-like leaf segments functioning similar to some mousetraps. The genus name in Latin (utriculus) means a small bag. Utricularia is now placed in its own family Utriculariaceae but was earlier together with butterwort (Pinguicula) placed in Lentibulariaceae. There are about 225 species of Utricularia but new species continue to be found in the less investigated parts of the world. Numbers between 150 and 300 occur in the literature. The higher number is due to some species being described and named more than once. Utricularia is distributed all over the world but always in a wet environment, since the trap mechanism can only function when the bladders are submersed (see here).

Utricularia was known for more than 200 years before in 1868 it was established that bladderworts are carnivorous plants. Earlier the bladders were interpreted as floating devices. However, this interpretation only had some relevance in relation to species living as free-floating aquatic plants. With so many species distributed on all continents except Antarctica, it is understandable that there is great variation between species in both vegetative parts, flowers and life form.  Learn more about this by clicking on the photos at the bottom of this page. Nonetheless, all species are green photosynthetic plants, and none has roots. Many species form runners from the base of the flower stalk and in some species part of the runners form bulbs for water storage. Bladderworts are perennials, but in many northern species, the winter is managed by producing a winter bud of tightly packed leaves at the shoot tip while the rest of the plant wither.

Utricularia obtains carbon by photosynthesis, while other nutrients primarily is provided by disintegrating the animals caught in the bladders.  It is all about small aquatic animals, since the largest bladders are only about five mm except for one species where the bladder is almost one cm in the longest direction. However, the size of the prey is limited by the size of the bladder-door which opens one mm as a maximum.

The course of the catch is further described below but in short, the principle is that water is pumped out of the bladder to produce a vacuum. This is possible since the door closes waterproof to the sill. When a prey touches one of the so-called trigger hairs on the door, the door tilts inwards due to the vacuum and the prey is sucked into the bladder. The door immediately slams back again and thereby the prey is caught. This trap mechanism reminds of a mouse-trap with a trap door. The prey will die from exhaustion and possibly lack of oxygen and then it relatively fast becomes dissolved by enzymes produced by glands in the bladder. It is likely bacteria also participate in the degradation.

The unilateral symmetrical flowers (zygomorphic) occur single wise or in a raceme which in water plants are raised above the water surface. Calyx and corolla are two-lipped and the lower lip is equipped with both a projecting palate and a spur. There are only two stamens. The colour varies from white to yellow and red to blue. Flowers are insect pollinated. The fruit is a capsule with plenty of seeds.

Click on the photos below to get more information. 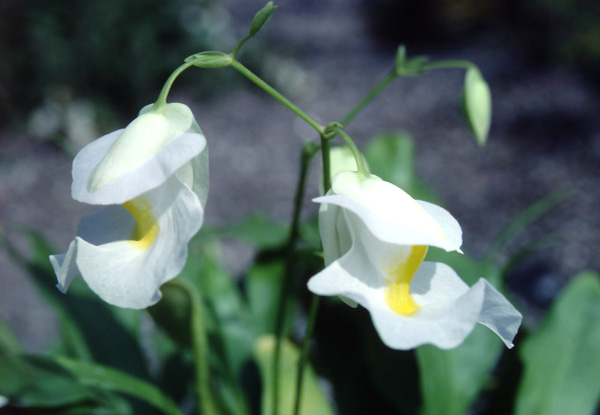 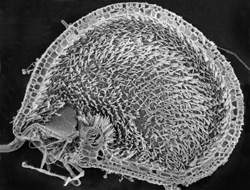 Many thanks to Ruth Bruus Jakobsen for technical assistance in preparing material for microscopy.