There are three Sundew species in Denmark 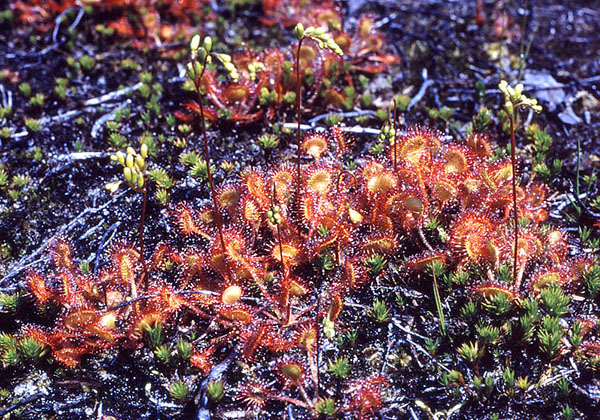 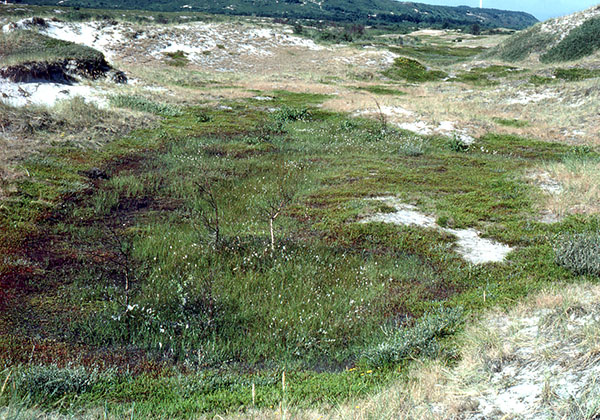 Drosera rotundifolia is the most common species in Denmark. Its distribution is circumpolar including southern Greenland. It thrives well with competition from Sphagnum. On the left photo D. rotundifolia is carpet forming (reddish brown fringe) around a groundwater regulated bottom of a blown-out dune, where the soil is neither too wet or too dry. 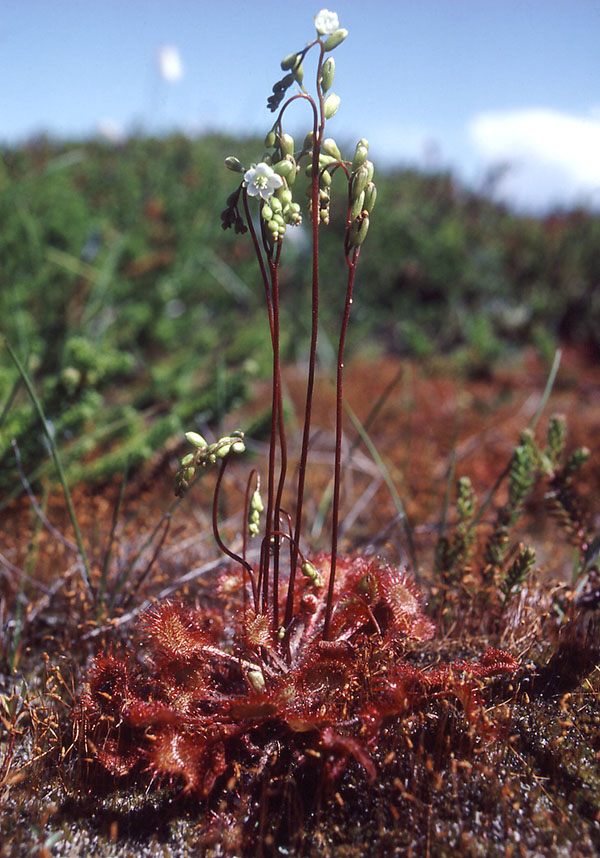 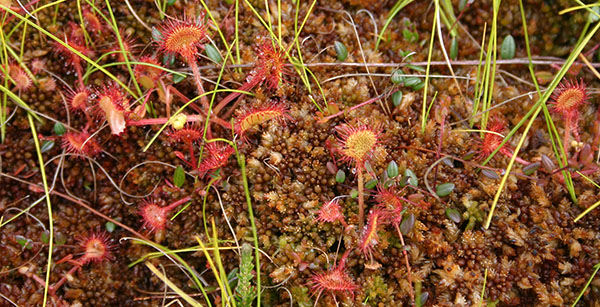 Drosera rotundifolia flowers in August. The 5-merous flowers are only open at mid-day, and they are placed high above the traps. In dry and sunny weather the slime may dry out on the tentacles. The picture below shows in the middle a leaf folded around a prey as a result of the auxin regulated growth-movement mentioned on the main page. 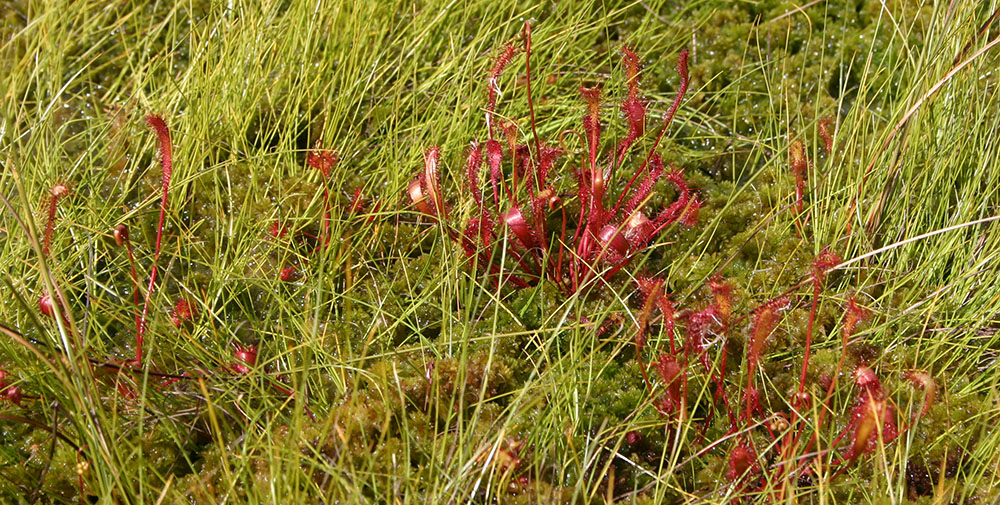 Drosera anglica is only present on a few localities on raised bogs and wet dune-heaths in Jutland.  The total distribution is nearly circumpolar. However, it is not present in Iceland and Greenland but in North America it occurs as far north as Alaska. There are also some subtropical occurrences in southern Europe and southern Japan. It does well in acid surroundings between Sphagnum. It survives the winter as buds called hibernacles. The species is self-pollinated and it probably originated as a diploid hybrid between the North-American D. linearis and D. rotundifolia. Drosera anglica x obovate is a sterile hybrid with D. rotundifolia. Sometimes the hybrid is mistaken for D. intermedia. 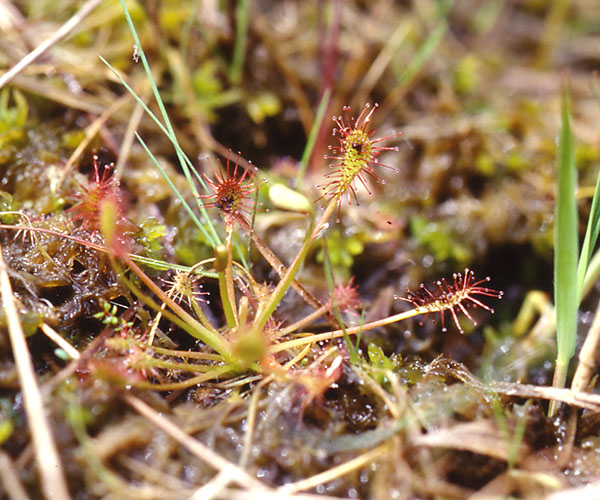 Drosera intermedia occurs mainly in bogs, where it grows in wetter conditions than the two other Danish species. Its main distribution is in western Europe and eastern North America but it also occurs in northern South-America. In temperate climates it hibernates as hibernacles. The leaves are upright and the shape is intermediary between the two earlier mentioned species. The inflorescence appears lateral since it is bent to the side, while it stands upright from the center of the rosette in the other Danish species. It flowers from June to August. On the right photo it grows together with the bladderwort Utricularia australis.