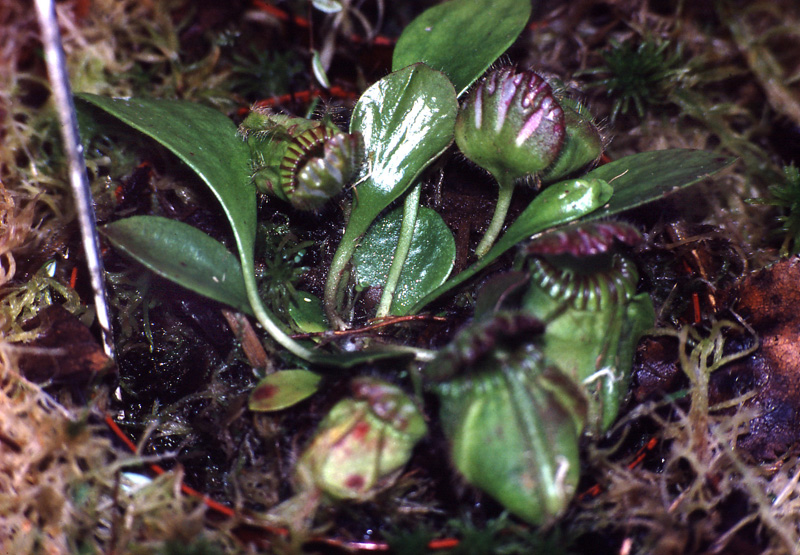 Cephalotus follicularis is a rosette plant with two kinds of leaves. That is called leaf dimorphism. The primary function of the flat oval to lanceolate leaves is photosynthesis. They are produced mainly late in the growing season and last about a year. A wax cover makes the young leaves shining but later on, they fade. Insects take an interest in small nectar producing glands mainly placed along the leaf edges and hence the flat leaves have an additional alluring function. The pitcher shaped leaves are pitfall traps. They are produced in spring and summer and function less than a year. The pitchers are oriented so the pitcher mouth is directed away from the center of the plant, and since the pitchers in a well-developed healthy plant stand shoulder to shoulder in a circle, a crawling animal will be in the danger zone no matter from which side it approaches the plant.

Return to Carnivorous plants or to Cephalotus main page.