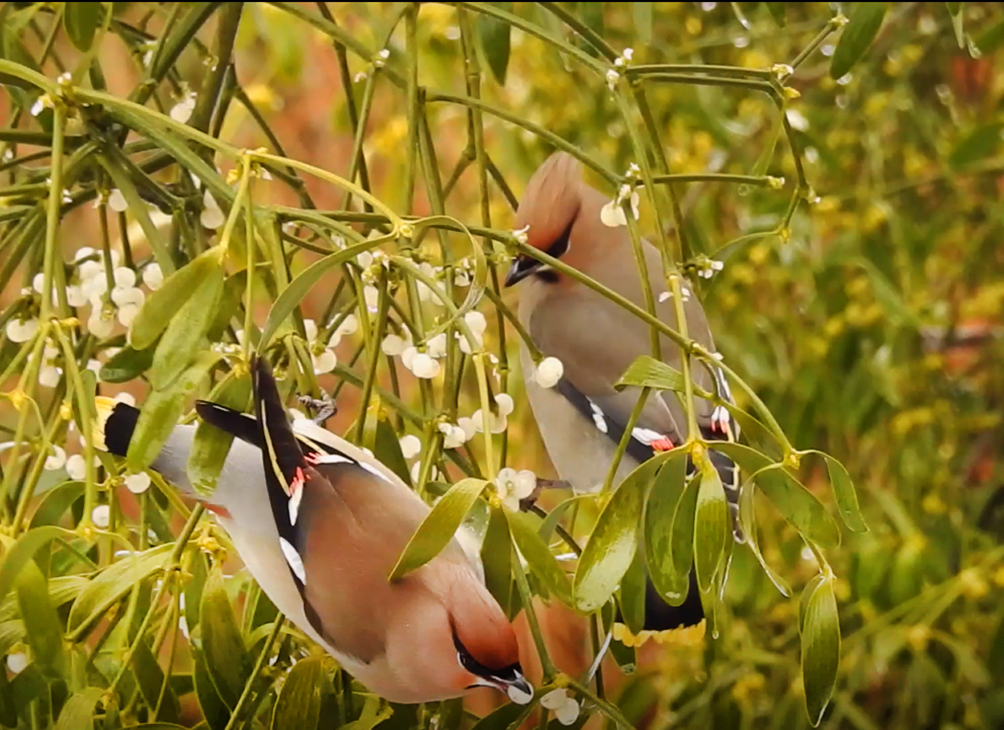 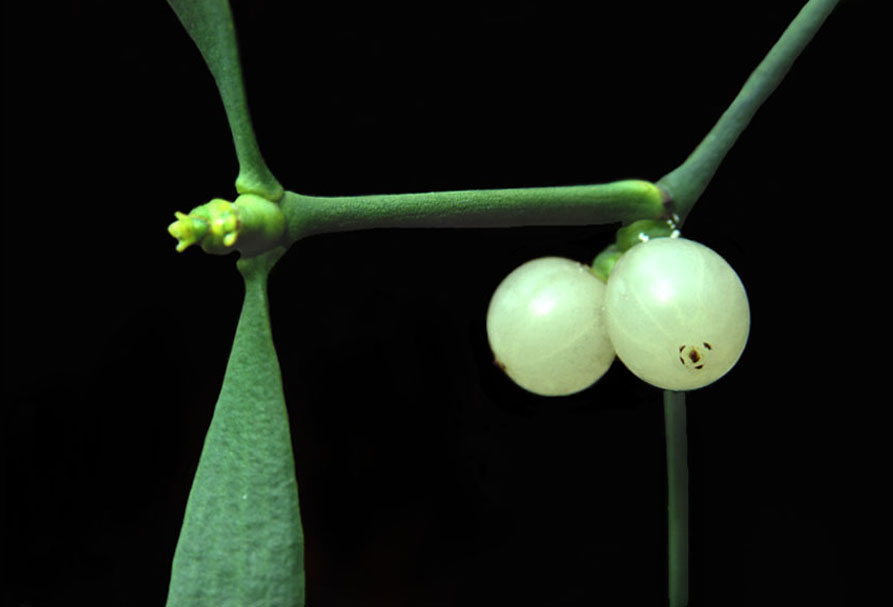 In the spring 1991 I placed ten seeds of the European Mistletoe (Viscum album) on young twigs of a ‘Golden delicious’ apple tree and two years later two plants appeared – luckily one female and one male. Since then, Blackcaps and Bohemian Waxwings have caused that now, 27 years later, there are more than hundred mistletoes established on three apple trees, plus one Crataegus laevigata, and one Malus baccata. Read more about Viscum album on the pages: The Mistletoe Viscum album (Publication 69), Viscum biology, and Growing Viscum. See also Danish and other Nordic parasitic plants (Publication 66)

It has been a pleasure to follow the plants through the years and become wiser on their germination, growth, pollination, and dispersal. The original male plant reached a length of two meters a few years ago and I had to prune it to prevent it swiping the ground. Every year the host tree is pruned heavily to provide space for a Filippa apple tree (In Denmark ‘Golden delicious’ only gives good apples in warm and sunny summers).

The video was shut by handheld camera partly through a window with three layers of glass. It shows how two species of birds handle the berries in different manners. Generally, the Blackcap disperses the seeds within the same tree, while the Bohemian Waxwing is a long distance disperser like the Mistletoe Thrush which uses the same technic as the Waxwing, but the Mistletoe Thrush is a woodland bird and it rarely visits gardens.

The video has subtitles in English but Danish speak. (The sound-track will be improved when possible. The blackcap was only on a short visit in the spring 2021).